St. Louis to Samarkand — A Tale of Two Chromosomes 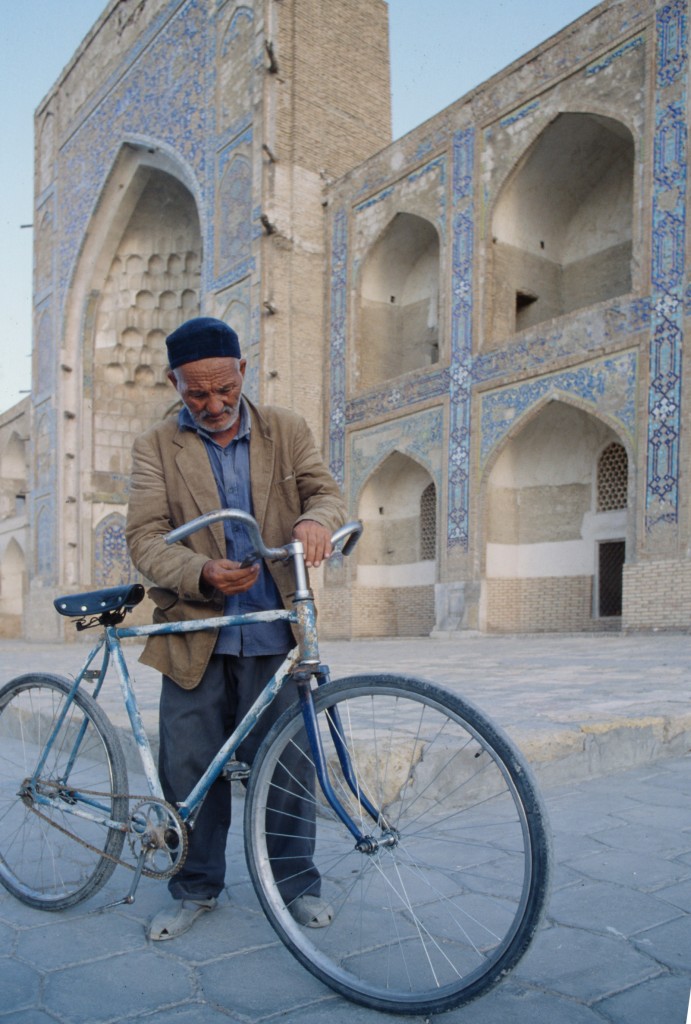 In fabled Samarkand I met my match. Don’t worry, nobody got hurt — it turns out we’re family. Let me explain.

In 1996, Spencer Wells and Ruslan Ruzibakiev collected a then unprecedented set of DNA samples from central Asian people. Back at Stanford, Luca Cavalli-Sforza‘s laboratory assessed diversity among the men among them, and among others from around the world, at about a dozen sites on the Y-chromosome, compiling a database of each man’s DNA sequence at each site, which jointly define his partial haplotype. Because the Y chromosome passes largely unchanged from father to son, if two men’s partial Y haplotypes match — site for site — they likely share a fairly recent male line ancestor. The matches could conceivably be long-lost brothers, but we more safely assume they’re distant cousins. And (with some simplifying assumptions) we can infer that their common forefather likely lived within the last thousand years or so — a blink of an eye in evolutionary terms.

Back then I was working in the Cavalli lab, and, out of curiosity, threw my own partial haplotype into the emerging database. Lo and behold, it matched a few others: a western Uzbek; two guys from New Delhi; and Sharif, a Tajik from Samarkand, who I decided to look up when our Eurasia ’98 expedition rolled into his hometown.

With just a name and age to go on, first stop, in this post-Soviet urban quest, was the ‘address office’. Perhaps fittingly, no Samarkandskis[1] I queried knew the actual address of the address office — but a helpful cabbie vaguely recalled it being near the local macaroni factory. Following the pasta lead, in fifteen minutes I had Sharif’s address in hand.

Accompanied to the place by our collaborator Nadira, who could explain this bizarre visit in Russian, I rapped on the door. Sharif’s wife welcomed us into the courtyard, heard our story, and promptly explained that Sharif was, unluckily for us, off exploring America. In disappointment I began to wonder if some Y-chromosome gene might relate to intercontinental wanderlust; maybe our forefather was a peripatetic Silk Road trader…

To Sharif’s wife’s likely relief, we explained that despite the Y-chromosome malarkey I was not her husband’s unknown American son. I asked if Sharif did have a son or brother (who would also share our forefather) in town. Luckily, their son was home, and, on meeting us, proudly brought out photos of his dad. Maybe it’s a stretch, I thought, but Sharif could pass as an uncle in my family. 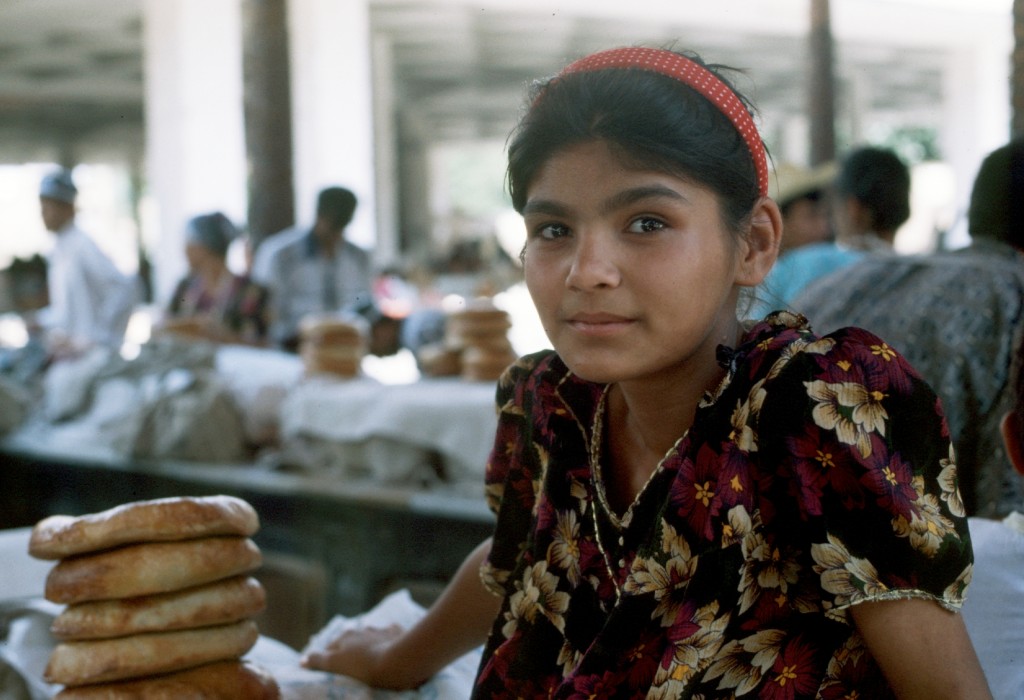 It’s not that simple of course. Go back n generations, and you have 2 to the n ancestral lineages — in principle. In reality, all those ancestors were themselves related by descent, but the point is that one shared lineage doesn’t necessarily make people look distinctly similar. Even so, the Y-chromosome is a big chunk of DNA to have in common, and researchers have just begun to understand its genetic functionality. Here’s some background on what Y-haplotype comparison can tell us, and who that forefather of me and Sharif might have been.

DNA in the core of a human cell, the nuclear genome, typically comprises 46 long pieces called chromosomes, half inherited from the mother and half from the father. Between generations, DNA is copied precisely, so that the genomes of close relatives tend to be more alike than those of distantly related people. But some intergenerational change s do occur, so that no two people — not even ‘identical’ twins — have exactly the same DNA. This genetic diversification helps make individuals unique and, over time, facilitates human adaptation to the changing environments we face.

The Y-chromosome is unique in passing only from father to son (women have a second copy of another chromosome, the X). At one copy per cell, the Y has no closely matched partner chromosome with which to swap pieces of DNA, a process called recombination. Without recombination things simplify, because sites which are polymorphic (i.e., where DNA sequence varies between individuals) stay linked over generations on one length of DNA. With some caveats, the modern global distribution of these intact haplotypes — representing male lineages — can tell us about the geographic movements of reproductive men in the past. The caveats? First, differing haplotypes can, over generations, change to become alike, so that some matches may not descend from that inferred common ancestor. How likely this is depends on how rare changes are at a given site; we try to learn enough about mutation processes to pick for study sites with appropriate rates of change. Second, we generally assume that mutation rates and the human generation interval are steady over space and time, letting us estimate age of lineages (e.g. a thousand years); in reality, complex factors affect the process of genetic diversification, so time guesses are inherently imprecise. 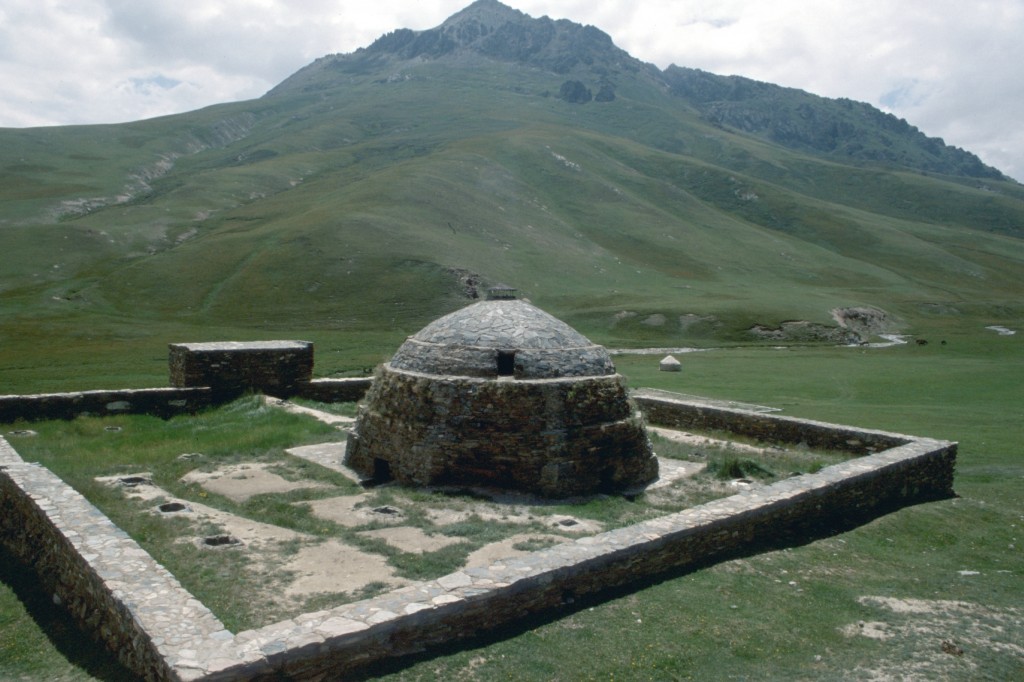 Despite such restrictions, the population-level frequency of Y-chromosome haplotype matches, and the near matches that let us connect lineages into networks, can tell us a lot about how human groups are related historically. At the level of single samples, like mine and Sharif’s, conclusions are harder to draw. Sharif’s Tajiks are Persian speakers who likely migrated from Iran to Samarkand before the heyday of the Silk Road and the arrival of Islam, admixing with people already living in the region and with Turkic and other groups who arrived later. My recent ancestors were Ashkenazi Jews in Ukraine; that population likely migrated by several routes from the Levant to eastern Europe, over the last two thousand years, admixing with Indo-European- and Turkic-speaking populations along the way. The shared influence of Indo-European (e.g. Persian, Russian), Semitic, and Turkic gene flow in my and Sharif’s background could be one clue to how we came to have such a recent common ancestor. That both Jews and Tajiks were active on the Silk Road about a thousand years ago is another. But to guess at our putative forefather’s ethnicity, we would need to examine the frequency of haplotypes similar to ours in many regional populations. Which is, on a larger scale, exactly what the Eurasia ’98 expedition was conceived to do. But who knew it would get so personal?

UPDATE: A few years after Eurasia ’98, I was living in Chicago, and got a call out of the blue. A hoarse, unfamiliar voice spoke to me in insistent Russian, and repeated a name until it sank in. It was Sharif. Aided by an English-speaking brother who soon joined the call, he wanted to let me know that his wife had given him my number, and that, as he was once more in the United States, he hoped to repay my visit to his Samarkand home by coming to meet me. A few months later, he followed through. Our meeting proved surprisingly emotional; though mutual language barriers made communication halting, we shared more about our lives, and pored over sheafs of family photos, contemplating the faces of new distant cousins. Sharif had also brought me an unexpected gift: a brocade robe, richly embroidered in traditional, gold-threaded Tajik motifs on a velvety midnight blue. Trying it on, I nearly swam in the folds of cloth, looking a bit like Mickey Mouse as the Sorcerer’s Apprentice (apparently, Sharif’s wife hadn’t told him how tall I was). And, most strikingly, I learned that Sharif and his family had just moved to New York City. In doing so, they had joined a new wave in the same longterm tide of transatlantic migration that drew my forebears westward, two generations back. Our own shared forefather, who perhaps plied the Silk Road many centuries before, might have been proud to know. 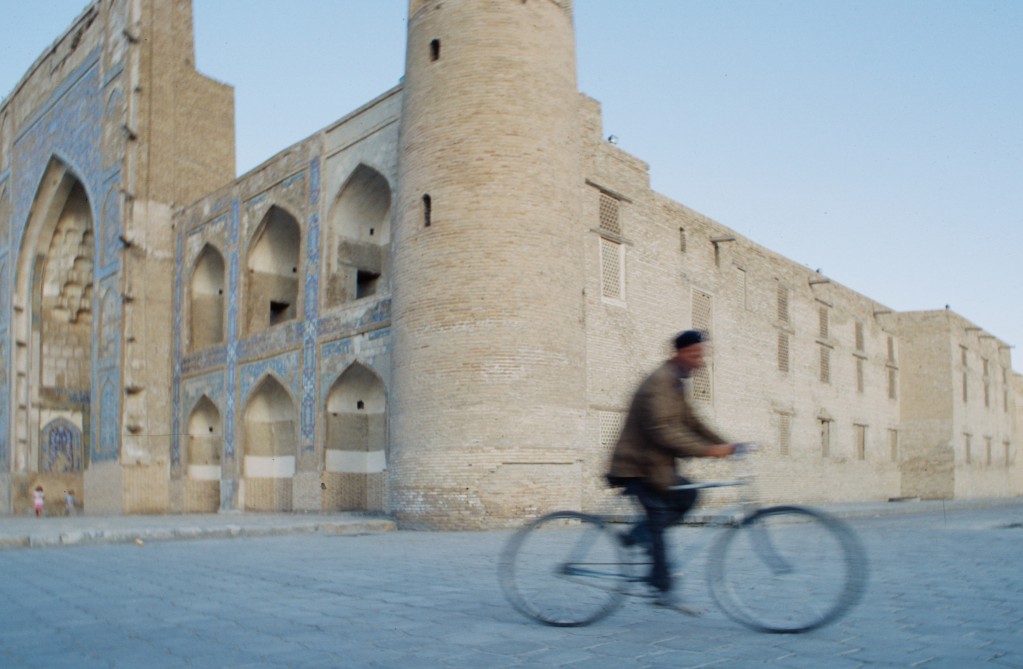 ← Ethics in Genome Diversity Fieldwork
How to Find Poetry in Shiraz →