How to Find Poetry in Shiraz 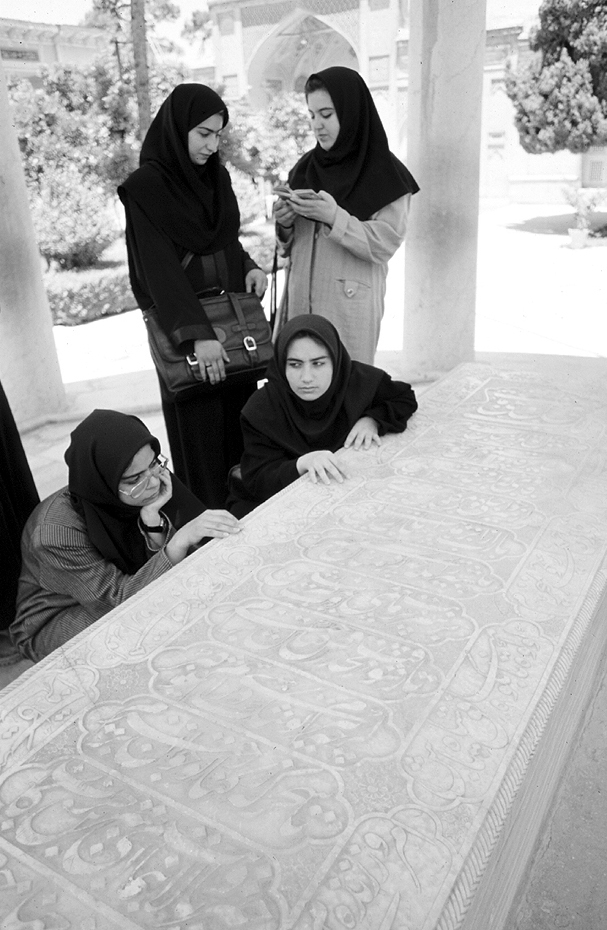 Just before it happens I’m on a gritty street, where the bazaar’s damp breath spills from brick tunnels into searing daylight. Bins of apricots, wine-bruised plums, ivory rice and pale dried limes surround, along with bales of mint, copper coils, mountains of bright plastic jugs, calf’s heads laid on newsprint, and flatbread grills curling wood smoke into the leaves. An overripe smell of sewer and fruit, the kaleidoscope of goods, and the human tumult threaten sensory overload, so I train my camera on a small scene: a man chopping frosty ingots from a kerbside ice block. Kids gather — eager to see a tourist in action — and then a bearish man with a red-black beard steps through the ring of gawkers.

Hazy-eyed, swaying slightly as if drunk (a rare spectacle here), he greets me with a stream of unregistered Farsi and an enormous grin. I’m used to Iranian friendliness, but something more — a hint of urgency — comes through as this man, calling himself Abbas, grabs my arm and starts introducing me to merchants. We wend through the bustle, under an archway where old men contemplate tea, and into a dusty courtyard ringed by a raised stone walkway below rows of heavy wooden doors. 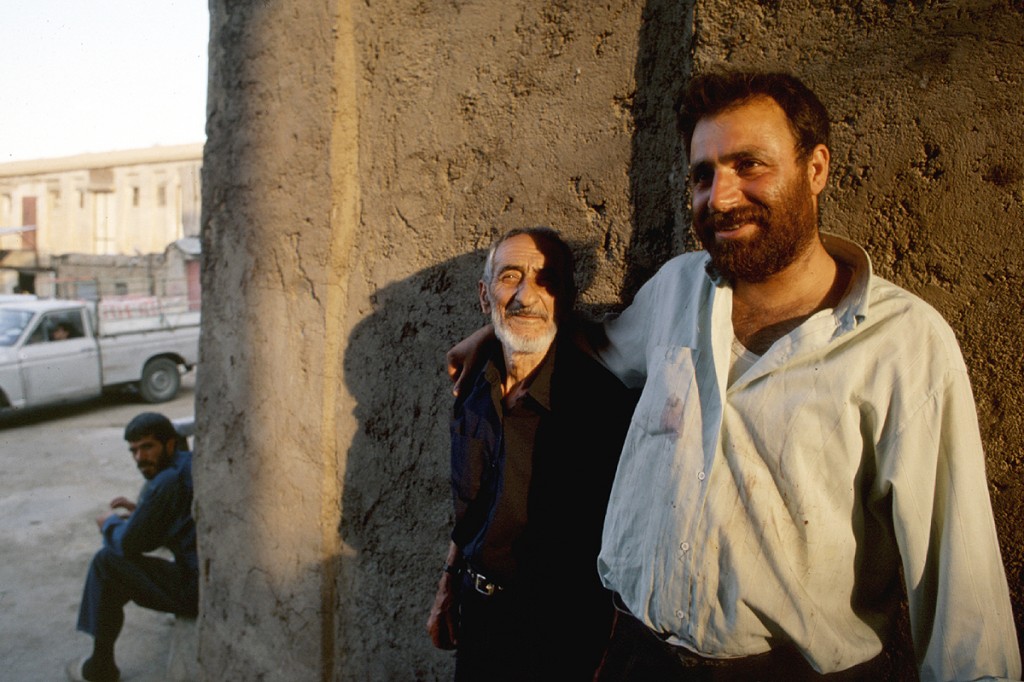 Abbas beckons three loiterers across the yard; they talk in lively tones, laugh and urge me to the raised walkway. My guard’s up. Despite many warm welcomes, and the low crime rate in Iran, I’ve now been led without explanation to an empty enclosure by a pro-wrestler lookalike who knows I have a Nikon. The few other folks around seem friendly, but their patter could as easily be hostile — we’ve all seen some hapless foreigner getting mocked under a guise of sudden camaraderie.

At the end of the walkway Abbas fishes for keys. A door is thrown open; I peer into musty darkness, baffled. Then a violent flutter of wings. A mottled shape explodes into light, another, then a swirl of pigeons overhead. Abbas intently scatters feed; birds settle, pulse into the air, scuffle for food. He hands one to me: dark slate feathers, heel tufted regally, sideways gaze switching calmly. My fingers feel a heart purring under spiny ruffles — a captured bundle of wild flight, like a moment withheld from time. I heave her skywards, spinning wings into motion like water over a mill wheel, and marvel. Abbas beams.

Well before Abbas was born here, Shiraz was home to Hafez and Sa’di, two of Iran’s most revered poets (and they do revere them here). Before arrival, I wondered what about the place had inspired these guys to apparently take Persian writing to completely new levels. Did something in the soil, the local wine or the barren surrounding make Shiraz an oasis of imagination? Did Sa’di’s example simply fire up Hafez to raise the bar a hundred years later? Just chance? I came to town wondering where you go to find the poetry. 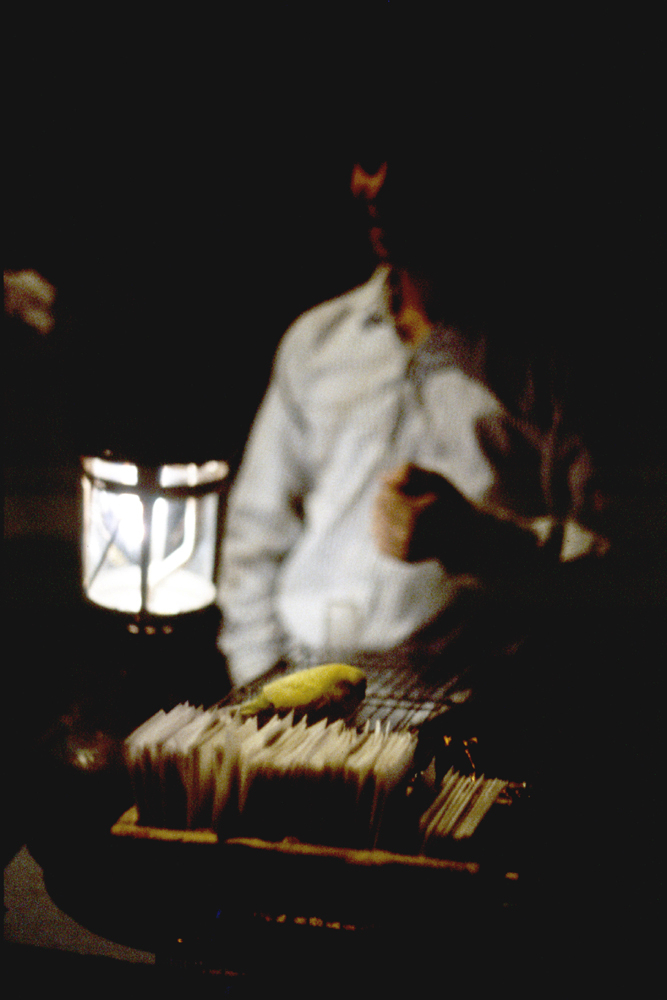 When seeking the muse in Iran, follow the birds. There’s the nightingale courting the rose, the mythical Homa (Iran Air’s logo), hoopoe, and of course the Simorgh, Sufi symbol of unity that’s at once thirty birds and just one. You can have your fortune told on the street by tethered finches who pick envelopes containing portentous Hafez verses. The popularity here of avian symbols — especially of life’s journey — is no surprise: Iran’s isolated wetland basins make great pit stops for millions of migrating birds. I knew I was onto something when Abbas pointed at one of his dots in the sky and conveyed that it could fly all the way to the USA and find its way right back to Shiraz.

So, things I can tell you how to find in this town: a hand-beaten cauldron (the bazaar); a black market money-changer (right in front of the police station); falude sherbet, made from vermicelli (the teahouse at Hafezieh); and a mural of a mullah in sunglasses (north side of Bazaar-e Nou bridge). Poetry? The bazaar’s pretty big, so maybe they’ve got it in there somewhere — I really don’t know. My best advice is to let it find you.